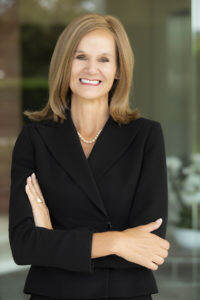 Partner Laura Lee Blake’s legal career has been anything but ordinary.  After pursuing new opportunities at every turn, she recently came back to Southern California and returned “home” to Ed Connor and his team of no-nonsense litigators at Connor, Fletcher & Hedenkamp LLP. Laura Lee began her career researching/writing Federal court opinions as a Judicial Law Clerk for the Honorable C. Arlen Beam of the U.S. Eighth Circuit Court of Appeals in Lincoln, Nebraska.  She then moved to Southern California with the Orange County office of Morrison & Foerster LLP, and joined the litigation team handling, among other notable cases, the then largest sexual discrimination lawsuit in the history of California.

Several years later, Laura Lee was invited to join Ed in starting his own litigation firm, and subsequently became a named partner with Connor, Blake & Griffin LLP.  At the time, she was actively involved in litigating a variety of high-profile cases arising from the Orange County bankruptcy, as well as handling grey market cases, antitrust, civil RICO and other complex cases for the firm’s Fortune 500 clients.

In 2005, Laura Lee moved to Atlanta, Georgia, and for nearly 10 years served as General Counsel and Vice President for the Asian American Hotel Owners Association (AAHOA), the world’s largest hotel owners association with 18,500+ members who own almost 50% of all hotels in the U.S. worth billions of dollars in property assets, and employ hundreds of thousands of workers.  Laura Lee then had an opportunity to serve as Vice President of Transportation and Legal Affairs for the innovative company Mobile Barriers LLC in Golden, Colorado, which manufactures the Mobile Barriers MBT-1, a highly mobile traffic barrier system for work zone safety.  Laura Lee also served as outside General Counsel for the start-up mining beneficiation company known as MIAS DensTeq LLC, which was owned and operated by top mining experts/inventors from South Africa.

Coming full circle back to Orange County and the Firm has opened new doors and presented rising challenges on every level.  With her many and varied experiences, Laura Lee’s clients will reap the benefit of her considerable skills, tremendous achievements and passionate personal commitment to their cases and causes.

Analyzed/Managed a $10.2 million lawsuit in connection with the issuance of taxable notes for arbitrage purposes.  Launched suit against well-known New York law firm for causing a college district to lose millions of dollars relating to its issuance of securities.  Results:  Recovered all losses suffered by college district, including interest on losses, attorney’s fees and litigation costs.

Laura Lee celebrated a milestone birthday on 12/12/12, and visited the 12th Wonder of the World (i.e., the Ngorongoro Crater in Tanzania, Africa) with her children Jeffrey and Vandela to commemorate the occasion.

Laura’s passion is to serve women and children in the worst poverty-stricken areas in the world, and has traveled to India, Morocco, and Africa in an effort to raise awareness and make an impact.

Laura Lee’s mission is to serve the world with excellence — one client at a time.