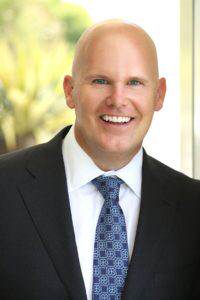 Trial counsel in one of the most complicated probate and trust litigation cases in Orange County’s history.  The case involves a large estate and a closely held family business.  The matriarch of the family was exploited by two of her children, who also ganged up against and disinherited their brother.  Mr. Fletcher’s experience in prosecuting breach of fiduciary duty and fraud cases helped develop overwhelming evidence to prove that the matriarch was subjected to elder abuse, undue influence, and fraud.  In fact, the Court required the defense to produce over ten thousand pages of privileged communications under the crime-fraud exception to the attorney-client privilege. The case will likely be tried in early 2021.

Successful prosecution of an array of high-stakes corporate disputes. Mr. Fletcher has prosecuted fraud, breach of fiduciary duty, derivative shareholder disputes, corporate governance, and conversion claims, resulting in tens of millions of dollars in pretrial settlements.  In one of the cases, Mr. Fletcher and CFH succeeded against three law firms, including the largest law firm in the world, Dentons, and a prominent Orange County law firm in a “bet the company” case for his  client.

Successful prosecution of fraud and construction-defect claims against one of the country’s largest general contractor’s, WL Butler.  CFH’s client offered to settle the construction-defect claims for $550,000.  WL Butler rejected the settlement.  Mr. Fletcher led a team of attorneys who proved that WL Butler had committed fraud by showing that it never intended to honor its contractual obligation to fix defective construction at its sole cost and expense.  Eighteen months after WL Butler rejected the settlement offer, it paid $6.175 million to CFH’s client to avoid a jury trial on the fraud claims.

Expunged Lis Pendens/Authorized Sale of $16 Million Building.  Mr. Fletcher represented a large commercial real estate developer in defense of a specific performance action.  The plaintiff recorded a lis pendens against the property to prevent it from being sold by Mr. Fletcher’s client.  Mr. Fletcher aggressively defended the case, and obtained a substantial attorney’s fees award for expunging the lis pendens.  Mr. Fletcher’s case strategy resulted in an early settlement of the case, allowing his client to proceed with the sale of the building to a third party.

Successful multimillion-dollar settlement of real estate dispute.  Mr. Fletcher represented a family office in a dispute over a long-term ground lease, where the opposing side sued to invalidate the ground lease.  As a result of a cross-complaint against the Plaintiffs, CFHs’ client  received a settlement of about $10 million, recovering damages for the attempt to invalidate the lease and attorney’s fees.

Defense of Members/Partners in Ownership Dispute.  Mr. Fletcher represented Motivo Engineering, LLC and two of its members in an ownership dispute with one of the former members.  After 18 months of litigation, the case settled for $200,000 less than Motivo had offered to pay the Plaintiff before the lawsuit was filed.

In a fraud case against Turner Development, Mr. Fletcher obtained a judgment in favor of Turner and recovered $113,000 in attorney’s fees from the Plaintiff.

Defense of fraud and breach of fiduciary duty claims resulting in $10 million for client. Mr. Fletcher’s successful deposition strategies showed that the defendant had done nothing wrong, the plaintiffs agreed to highly favorable settlement terms for CFH’s client.  Once the corporate assets were divided, Mr. Fletcher’s client realized a gain on his pre-litigation share of the corporate assets of more than $10 million.

Successfully defended multimillion-dollar fraud and mortgage litigation actions.  IN one case, the plaintiff alleged fraud and unfair business practices against Mr. Fletcher’s client, a national home-building company, and sought over $1 million in damages.  After Mr. Fletcher deposed key percipient witnesses, the plaintiff dismissed the lawsuit with prejudice.  CFH’s clients paid no money to the plaintiff.

Defending numerous mortgage litigation actions filed against Shea Homes and its affiliates.  In each case, Mr. Fletcher achieved a judgment or dismissal in favor of Shea Homes at the initial pleading stage.

$60 million settlement in land use dispute.  As an associate at the Firm, Mr. Fletcher was heavily involved in the prosecution of a land use dispute involving the former Marine Corps Air Station at Tustin, California on behalf of two school districts. After extensive litigation, CFH’s clients received a settlement in excess of $60 million.

Mr. Fletcher is actively involved in Orange County and State Bar associations.  He has served in several leadership positions, including Chairman of the Orange County Bar Association’s Business Litigation Section. Besides his bar activities, Mr. Fletcher devotes a significant portion of his free time to pro bono clients and local volunteer organizations.  Mr. Fletcher received the Attorney of the Year Award from the Public Law Center for his pro bono work.  He currently serves on the Men’s Committee for the annual Rich Saul Memorial Golf Classic, which is the second largest golf tournament in Orange County and benefits ChildHelp.